Claim letters and letters that request special favors are common types of persuasive requests. Although their purpose is to get favorable action, the letters invite action only after attempting to arouse a desire to take action.

Claim letters are often routine because the basis for the claim is a guarantee or some other assurance that an adjustment will be made without requiring persuasion. However, when an immediate remedy is doubtful, persuasion is necessary. In a large business, the claim letter is typically passed on to the claims adjuster for response.

In modern businesses, any reasonable claim will probably be adjusted to the customer’s satisfaction. Therefore, venting strong displeasure in the claim letter is of little value. It can alienate the claims adjuster – the one person from whom cooperation is sought. 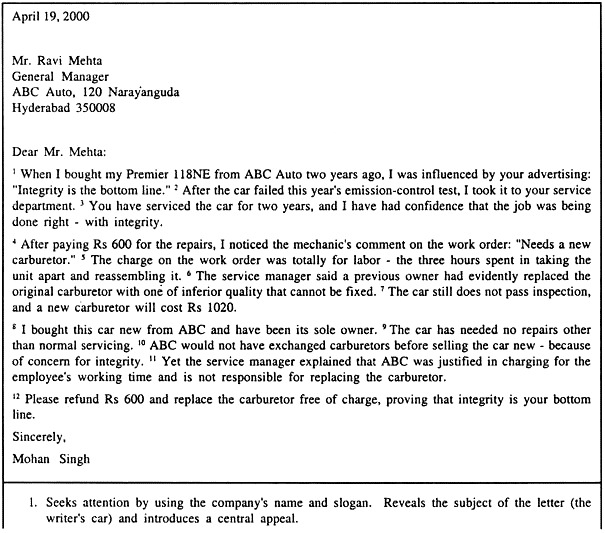 (1) Writing inductively (to reduce the chance of a negative reaction), and

(2) Stressing an appeal throughout the letter (to emphasize an incentive for taking favorable action).

In a persuasive claim letter, an appeal serves the same purpose that a central selling feature does in a sales letter. Both serve as a theme; both remind the receiver of a benefit that accrues from doing as requested. Note the application of these techniques in the revised letter in Figure 8.5. 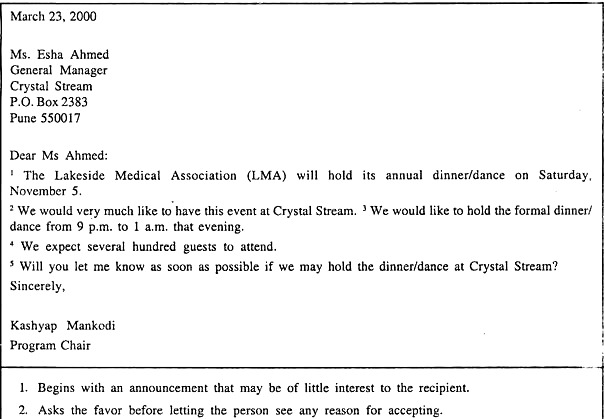 Occasionally, everyone has to ask someone for a favor – action for which there is not much reward, time, or inclination. For example, suppose a professional association wants to host its annual fund-raiser dinner at an exclusive country club. The program coordinator of the association must write a letter to the club’s general manager requesting permission to use the club.

Will a deductive letter be successful? The letter in Figure 8.6 uses a direct request style in what is really a persuasive-letter situation.

Contrast this letter with the revision in figure 8.7.

Note that the persuasive and appealing letter in figure 8.7 uses an inductive approach. When a deductive approach is used in a persuasive situation, chances of getting cooperation are minimal. Requests for information for research reports are frequently obtained through questionnaires.

The validity and reliability of reports are strongly influenced by the percentage of return. If the letter inviting respondents to complete the questionnaire is written carelessly, responses may be insufficient. 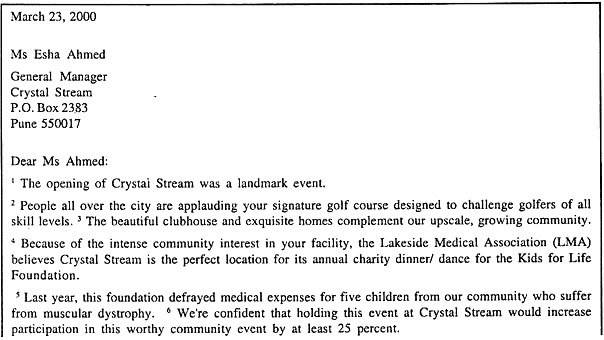 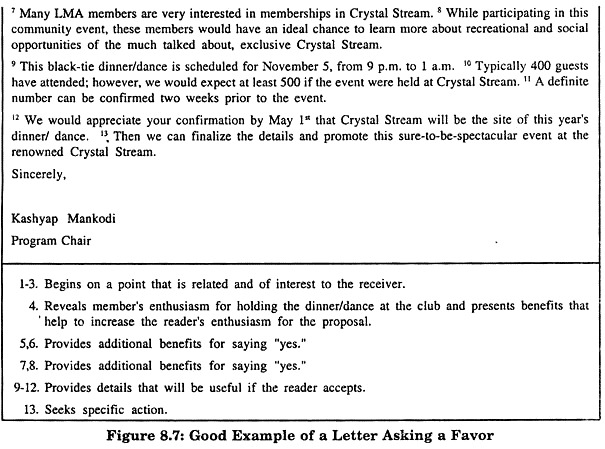 Take a look at the letter in Figure 8.8. By now you must be in a position to identify its weaknesses. Yes, the letter asks too quickly for action and provides no incentive for action. 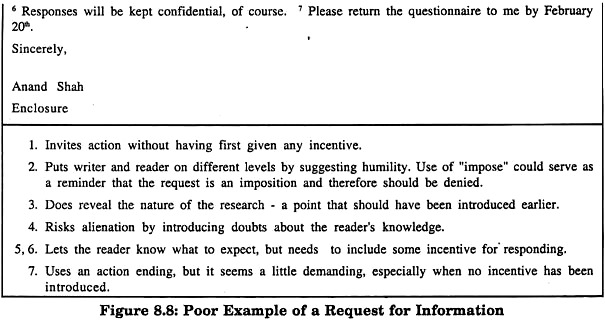 Note the inductive outline, the attention – getting techniques and the “reward” in the revised version in Figure 8.9.