The word ‘campaign’ refers to the pla­nned activities that are undertaken to gain a special object in any field of action. In advertising, it is used in the sense of organised and carefully planned use of paid publicity for the accomplishment of a definite purpose. 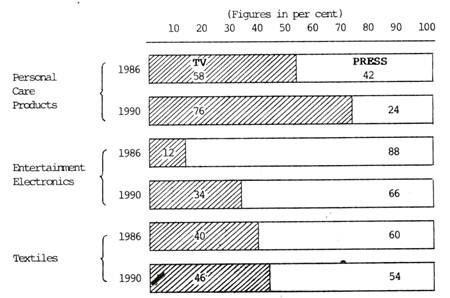 Campaign adver­tisement can be divided into:

The whole market or the country is divided into zones and intensive campaigns are carried out separately, zone by zone. The nature of the potential customers varies from zone to zone and according to technique, language, approach, etc. the advertisements also have to be varied.

Some product or service has a special appeal to a particular section of the community. The campaign is intensified among them. For example, the demand for luxury goods is confined to the rich class of people. The nature of the advertisement shall be such as can be effective on that class of people.

The principles involved in an advertising campaign are:

(1) Defining the campaign objective or objectives in clear terms for the efforts to be made therefore;

(2) Emphasizing only to a few selected media;

(3) Ensuring domination over the competitors in some parts of the market and in the minds of existing and potential customers, either by appeal or in some form of media; and

(4) Creating a habit or interest among the viewers or listeners by repetition of the advertising message.

Thus, advertising campaign refers to large-scale advertisement done either to introduce a new product or a new type of demand or to fight out a strong competitor who is spelling a lot on advertisement. All possible media are used.

The purposes or objectives of advertising campaign are:

1. To inform the public about,

The introduction of new products,

The new uses of the existing products,

The superiority and quality of the products in relation to the offers made by the rival and competing firms, etc.

2. To develop and establish a trade character and enhance product image.

3. To create and establish corporate image in the market and in the business world.

4. To remain always in the minds of consumers and convey to than the kinds and qualities of services that the firm is capable to render.

5. To dominate over the competitor’s campaign and increase the patro­nage of the prospective customers.

Essay # 5. Steps for an Advertising Campaign:

In the planning and execu­tion of an advertising campaign, the advertiser should follow the undernoted three main steps:

1. Determination of product-market or service-market scope to decide about the scope and coverage of the campaign.

3. Determination of advertising media for effective mass appeal or communication in an economical way.