Here is a detailed case study on supply chain management in India.

SB Pharma has established three plants one at Thane, one at Dewas and one at Baroda. The Dewas unit has facilities for bulk drugs as well as formulations while the other two are purely formulation units.

The turnover of the company for the last three years is as follows:

The company manufactures 12 different products constituting 120 SKUs. The formulation units are mostly fed from the bulk drug unit from Dewas in addition to their own bulk drug unit. The company also procures bulk drugs from abroad as well as other bulk drug manufacturers in India.

The inventory holdings of the company for the last three years are as follows:

The finished goods inventory as percentage on the value of products for the last three years is as follows:

The company’s distribution system is as follows: 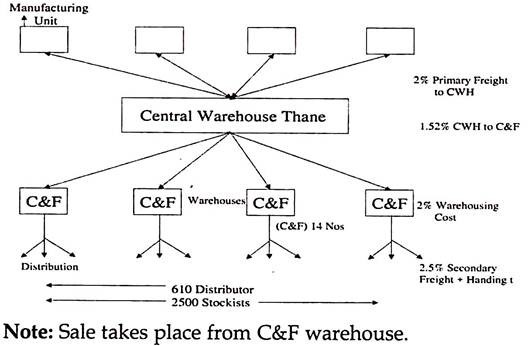 Since the profit is on the decline, the company wants to redesign its distribution system and also ensure implementation of supply chain in their company. Presently the company moves the products from the factory to the central warehouse located in the outskirts of Mumbai (Taloja) and transfers the goods to various C & F warehouses, which distribute the goods to the distributors who in turn provide the stock to various stockists. 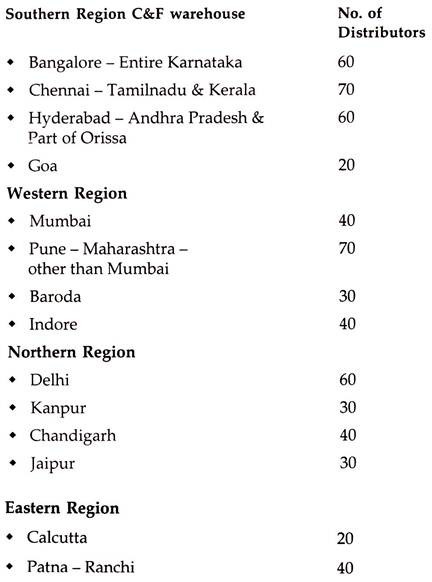