The pure project organisation is suitable for small number of big-sized projects which have long time duration and, therefore, a separate division is created for each project for the life of the project. These divisions disappear once the project is accomplished.

Organisation chart depicting a pure project structure appears like this: 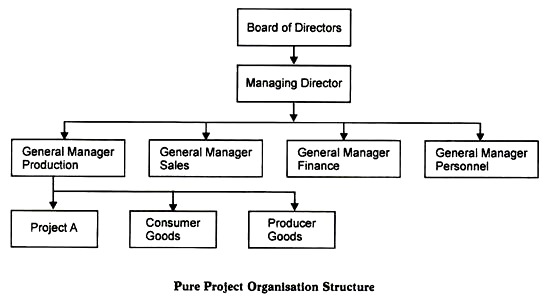 Project manager derives this authority in a project structure for large-sized undertakings.

Project managers do not have formal, vertical authority over the group members. Their expertise, competence and experience motivate the group members to complete the work within assigned time and cost. This is true in case of small organisations.