In this article we will discuss about:- 1. Introduction to Retailing 2. Consumerism in India – The New Wave 3. FDI in Retailing – The Pros and Cons 4. Conclusion.

India is witnessing a boom in the retail sector on account of the rising disposable incomes of the middle and upper middle class households. The retail environment has evolved over the years. The country is amongst the six most attractive retail business destinations and offers vast potential to investors.

Retail is the second largest in employment creation after agriculture. Many major developments have led to the development of various retail formats. These include the industrial revolution, intense competition, innovation through technological development and the concepts of regression and assimilation. 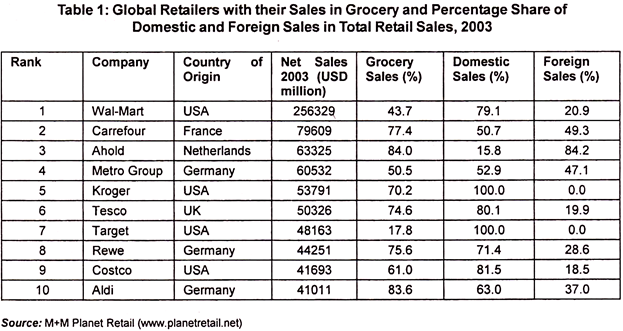 Retail trade at present accounts for 10 to 11% of GDP and India ranks first in the Annual Global Retail Development Index 2006. According to a McKinsey report on ‘Retailing in India,’ the sector is set to grow as large as US $ 500 billion by 2010.

Market liberalisation, a growing middle-class, and increasingly assertive consumers are sowing the seeds for a retail transformation that will bring more Indian and multinational players on the scene. 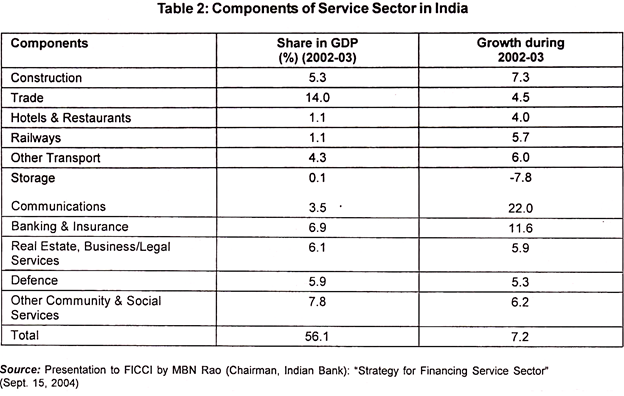 To harness the immense possibilities and growth overall understanding of the necessary skills and competencies are needed to identify retail opportunities, targeting, segmentation and positioning of a retail store, in-store management, customer service, management and retention and backend supply chain management.

Well-established business houses such as Wadia, Godrej, Tata, Hero, Malhotras, etc., are drawing up plans to enter the fast-growing organised retail market in India. According to a study conducted by CRISIL Research and Information Services, the organised retail industry in India is expected to grow 25-30% annually and would triple in size from Rs.35,000 crore in 2004-05 to Rs.109,000 crore ($24 billion) by 2010.

However CRISIL has cautioned that the organised retail sector will slow down to single digit growth after five or six years unless the industry brings in an innovative “India specific” approach through expansion of the network.

The Indian retail scenario has three features distinguishing it from the developed and ‘efficient’ West:

2. Many retailers of various sizes at many locations vying to serve the final consumer, 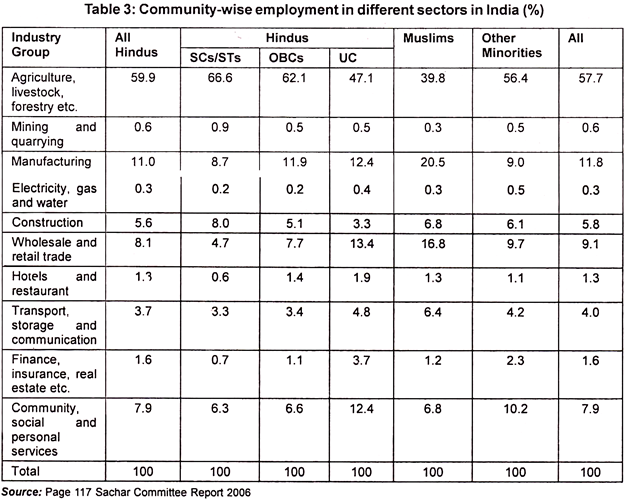 According to reports, Reliance Industries Ltd plans to enter the retail business in a big way and has identified 18 cities, starting with Ahmedabad, to set up malls. It will spend Rs.30-50 crore on each mall that are to be modelled after those in Dubai and East Asia.

Consumerism in India – The New Wave:

Growing consumerism would be a key driver for organized retail in India. Several demographic trends are favourable for the growth of organized trade.

i. Rapid income growth – Consumers have greater ability to spend.

Retailing is the largest private sector industry in the world economy, with the global industry size exceeding $6.6 trillion and a latest survey has projected India as the top destination for retail investors. And the further upsurge is anticipated in the retail sector as the government has opened up 51% FDI in single brand retail outlets.

And as the government is in a process to initiate a second phase of reforms, it is cautiously exploring the avenues for multi-brand segment. The government is seeking for these options keeping in view the existing social framework of India and this will ensure that the entry of global retail giants do not displace the existing employment in the retail business.

While there are reports of international retailers like Wal-Mart analyzing business opportunities in India; Reliance, the largest Indian conglomerate is investing $3.4 billion to become India’s largest contemporary retailer.

There are also reports of investments for ‘Hypercity Retail’ by the K. Raheja Group to establish 55 hypermarkets by 2015. All these factors will contribute in taking Indian retail business to unexpected growth based on the consumer preference for shopping in congenial environs and also availability of quality real estate.

FDI in Retailing – The Pros and Cons:

India’s Prime Minister Dr. Manmohan Singh addressing business leaders in Kuala Lumpur in December 2005 prior to the East Asia Summit, admitted that there “‘ere problems in opening up the retail segment to FDI. However, he promised that the government “will come up with a positive outcome in five-six months”.

Countries like China, U.S, Philippines, Argentina etc. where FDI is allowed in retailing has produced wonderful results. A study observes that India’s major trading partners such as the United States, Japan and the European Union have made “requests” to New Delhi to allow FDI in retailing, during the Doha Round negotiations of the WTO.

India’s retail sector accounts for 14% of GDP and is growing annually at 7%. Still, talks are going on whether to allow FDI or not. The Indian government has finally taken baby steps towards opening up the retail sector to foreign investment.

In a recent announcement, the government stated its intention to permit foreign investment in ‘single brand’ retail up to 51% with the remaining 49% to be owned by Indians. Permission of the Foreign Investment Promotion Board, the agency responsible for approving foreign investments into the country, is required before any investment is made. Now foreign retailers are allowed through the licensing and franchise route. His are allowed to invest in listed companies.

Some fear that if FDI is allowed in retailing, it would result in lowering of prices because FDI will result in good technology, supply chain, etc. If prices were lowered then it would lower the margin of unorganized players. As a result, the unorganized market will be affected.

Retailing is the largest employer after agriculture (8% of population). India has the highest outlet density in the world at around 12 million outlets. Around 96% of the shops are less than 500 sq. ft.

Retailing in India – If FDI is allowed:

i. Pricing is key – Getting the price right is essential. Initial trials, despite high prices are a common phenomenon. However, the average consumer is extremely value-conscious and seldom accepts dollar-denominated prices that are often the benchmarks set by global entrants.

ii. Size, population and middle income people – India also has the population, which exceeds Rs.100 and more important is that most of the people belong to the middle income group. As far as they are concerned, they are highly price and value conscious consumers. Therefore, foreign players must consider the above two factors i.e. price and value of products they offer.

iv. FDI will not affect unorganized players – Global retailers investing in new markets have not hampered local retailers. The kirana shops in large parts of the country will enjoy built-in protection from supermarkets because the latter can only exist in large cities. Kirana shops can obtain goods from the large outlets (which are present in large towns and cities only) and sell it to their customers so that their profit margin would increase.

v. Lowering of prices – not a disadvantage – Lowering of prices will not be a disadvantage, because if foreign players are present in India it makes available goods at cheaper prices. This is possible because the foreign players will have good technology, supply chain etc. that makes the product price cheaper. So this can be availed by the Kirana shops (i.e. buying the goods from the large retailers and selling it to their customers). Moreover, as the price decreases the purchasing power of the people will also increase-

a. Markets within a market

b. Existence of counterfeits

(i) FDI will provide access to larger financial resources for investment in the retail sector and this can lead to several of the other advantages that follow.

(ii) The larger supermarkets, which tend to become regional and national chains, can negotiate prices more aggressively with manufacturers of consumer goods and pass on the benefit to consumers.

(iii) They can lay down better and tighter quality standards and ensure that manufacturers adhere to them.

(iv) The supermarkets offer a wide range of products and services, so the consumer can enjoy single-point shopping.

FDI in retailing would be surely an advantage to India and it would also help India in becoming a ‘developed country’. As the people gradually accept the retailing, it will be an advantage to them too.

World Bank attributes the opening of the retail sector to FDI to be beneficial for India in terms of price and availability of products as it would provide a boost to food products, textiles and garments, leather products, etc., to benefit from large-scale procurement by international chains; in turn, creating job opportunities at various levels. The Indian retail market is estimated at US$ 350 billion.